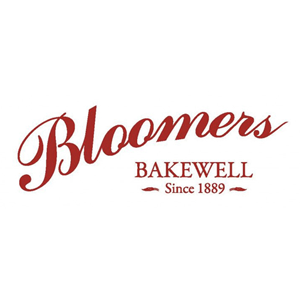 Bloomers Bakery was established in Bakewell at the beginning of the 20th century first trading on Matlock Street and moving to Water Lane almost 25 years ago.

For most of the 1900’s, Bloomers was run by the Bloomers family, then in the early 90’s it was sold to Marion Wright and Jeff Cooper who ran it very successfully for over 20 years.
In 2014 Mr Esplin Chapman and Richard Nealon took over the reins and after more than a year are enjoying building on their success.

Esplin was born in Tideswell, in the house where his mother still lives. Richard on the other hand is a Leicestershire lad, having been born in Loughborough.

Having led corporate lives at the beginning of our careers, in 2002 we bought the Castle Campbell Hotel in Dollar, Clackmannanshire. After turning its fortunes around, we then took ourselves to Tobermory on the Isle of Mull where we ran the Western Isles Hotel for 6 years.
So we know all about good provenance of food, how to delivery excellent service and we’ve enjoyed lots of varied business experience in some challenging environments. Its wonderful to be in Bakewell running Bloomers.

The bakehouse where all our production takes place is opposite the Catholic Church on Buxton Road. We use the best local suppliers and the best ingredients we can afford!

Wherever possible, we avoid additives so some of the shelf lives may be a lot less than you’ll find in some supermarkets where they will often be heavily dosed!