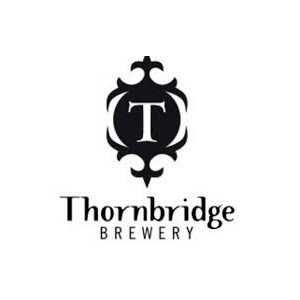 Thornbridge branded beers were first brewed in early 2005 after the establishment of a 10 barrel brewery in the grounds of Thornbridge Hall.
Our initial focus was on a range of cask beers that used traditional recipes but provided a modern twist through the use of a wide range of hops, malts and the innovation and passion of the brewing team. After winning a succession of awards ( we have now won over 350 national and international awards) a new, state of the art, brewery and bottling line was opened at Bakewell in September 2009 to meet with demand and increase our range
of beers.

From the beginning at Thornbridge we knew that excellence and quality of process and product would be paramount to our success and delighting drinkers. Our vision was to create beers that would make us one of the leading new breweries in the UK. The adoption of the Innovation, Passion and Knowledge strap line for the brewery was a statement of our brewery’s culture about how we would approach our day to day business.

Our original Hall brewery highlights the traditional infusion mash ale system whereas the contemporary Riverside in Bakewell highlights our ability to innovate through technology. The Hall is about experimentation and barrel-ageing and creating premium bottled products. Riverside is innovation, allowing us to attain perfection through fantastic brewing, quality control and packaging of our beers in cask, keg and bottle.

We enjoy making our beers and have a lot of fun doing so. We do hope you enjoy drinking them!

More from Thornbridge Brewery of Bakewell